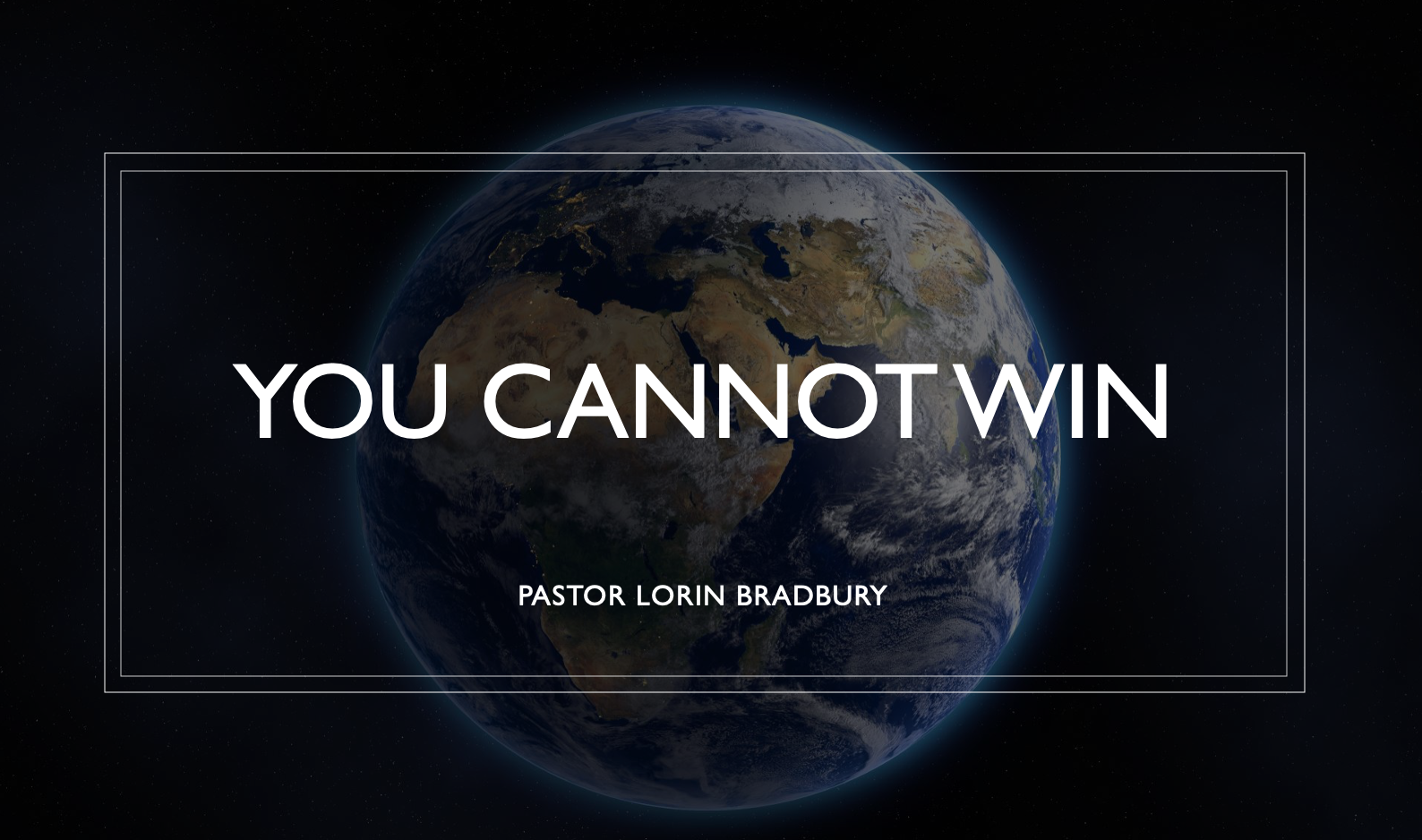 Pastor Lorin Bradbury will preach on “YOU CANNOT WIN” this Thursday at 7PM at the Bethel United Pentecostal Church, streaming live on Facebook and aired on KJNR 91.9FM.

10 Do not move an ancient boundary stone or encroach on the fields of the fatherless, 11 for their Defender is strong; he will take up their case against you.

1. This sounds like a very negative title, but that’s because it’s not directed to you.

a. It’s directed to the wicked person who would try to take advantage of the fatherless and the widow.

2. It’s directed to a Pharoah who would try to kill all the male Hebrew children.

3. It’s directed to the King Ahabs who want to steal the vineyard of a Naboth.

a. He may have gotten the vineyard, but not for long.

4. It’s directed to the proud Hamans who have evil intent in their hearts.

5. This lesson is not directed to you, but you are allowed to listen in as I warn the one who would attempt to exploit God’s people by encroaching upon your values and standards.

6. This lesson is not directed to you, but you are allowed to listen in and be encouraged as you see how the Defender will take up the case of the widow, the fatherless, amd the child of God who may feel trampled upon by the world.