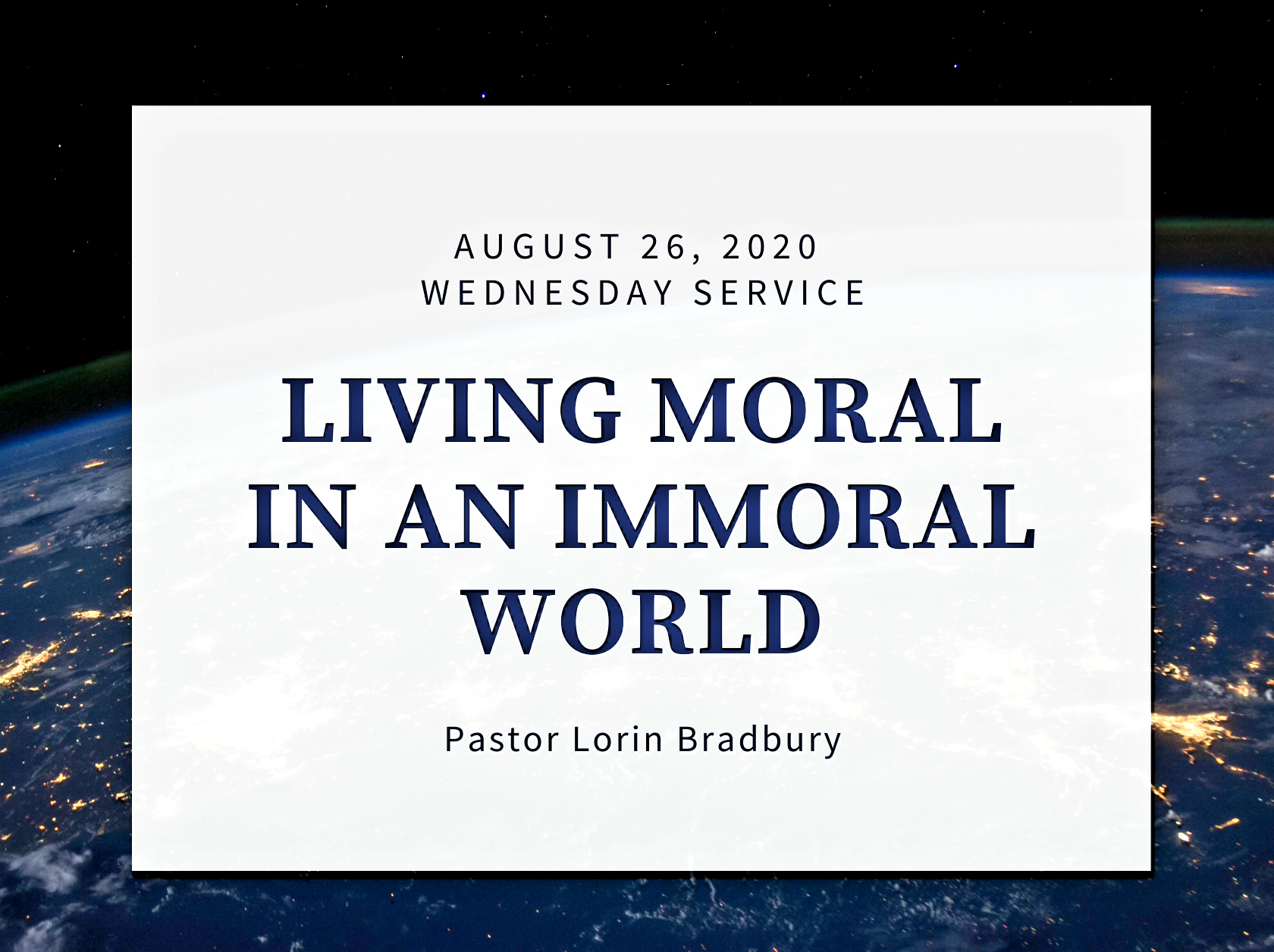 Pastor Lorin Bradbury will be preaching on “LIVING MORAL IN AN IMMORAL WORLD” Wednesday at 7:00PM at Bethel United Pentecostal Church, Facebook LIVE, and airing live on KJNR 91.9FM.

26 My child, may you give your heart to me, and may your eyes delight in my ways.

27 For a deep pit is a prostitute, and a narrow well is ⌊an adulteress⌋.

28 She is also like a robber lying in wait, and the faithless among mankind she increases.

1. This proverb probably was intended as an expression from a father to his son.

2. However, I believe it has a greater application, thus the reason I chose to go the Lexan English Bible (LEB) as the text.

3. Further, I believe we can make a spiritual application between our Heavenly Father and all his children.

4. Throughout the Bible, the world has been depicted as a prostitute attempting to entice the one living a righteous life to partake of her delicacises.

a. “Don’t love the world’s ways. Don’t love the world’s goods. Love of the world squeezes out love for the Father. Practically everything that goes on in the world—wanting your own way, wanting everything for yourself, wanting to appear important—has nothing to do with the Father. It just isolates you from him. The world and all its wanting, wanting, wanting is on the way out—but whoever does what God wants is set for eternity” (I John 2:15-17, MSG).