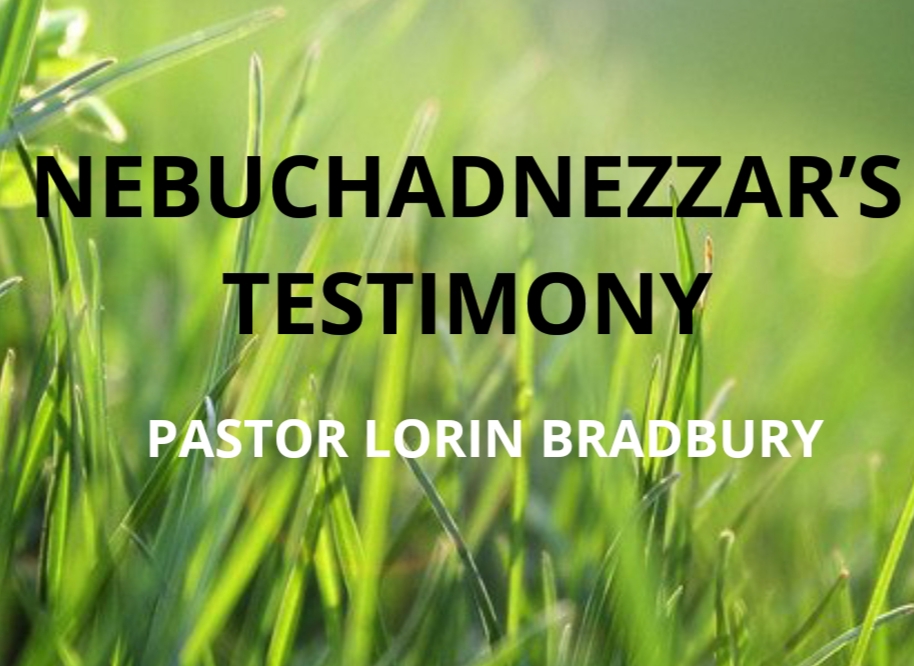 24 “Your Majesty, the Most High God has decreed—and it will surely happen— 25 that your people will chase you from your palace, and you will live in the fields like an animal, eating grass like a cow, your back wet with dew from heaven. For seven years this will be your life, until you learn that the Most High God dominates the kingdoms of men and gives power to anyone he chooses. 26 But the stump and the roots were left in the ground! This means that you will get your kingdom back again when you have learned that heaven rules.            27 “O King Nebuchadnezzar, listen to me—stop sinning; do what you know is right; be merciful to the poor. Perhaps even yet God will spare you.”            28 But all these things happened to Nebuchadnezzar. 29 Twelve months after this dream, he was strolling on the roof of the royal palace in Babylon, 30 and saying, “I, by my own mighty power, have built this beautiful city as my royal residence and as the capital of my empire.”31 While he was still speaking these words, a voice called down from heaven, “O King Nebuchadnezzar, this message is for you: You are no longer ruler of this kingdom. 32 You will be forced out of the palace to live with the animals in the fields and to eat grass like the cows for seven years, until you finally realize that God parcels out the kingdoms of men and gives them to anyone he chooses.”            33 That very same hour this prophecy was fulfilled. Nebuchadnezzar was chased from his palace and ate grass like the cows, and his body was wet with dew; his hair grew as long as eagles’ feathers, and his nails were like birds’ claws.            34 “At the end of seven years I, Nebuchadnezzar, looked up to heaven, and my sanity returned, and I praised and worshiped the Most High God and honored him who lives forever, whose rule is everlasting, his kingdom evermore. 35 All the people of the earth are nothing when compared to him; he does whatever he thinks best among the angels of heaven, as well as here on earth. No one can stop him or challenge him, saying, ‘What do you mean by doing these things?’ 36 When my mind returned to me, so did my honor and glory and kingdom. My counselors and officers came back to me, and I was reestablished as head of my kingdom, with even greater honor than before.            37 “Now, I, Nebuchadnezzar, praise and glorify and honor the King of Heaven, the Judge of all, whose every act is right and good; for he is able to take those who walk proudly and push them into the dust!”What will your testimony be?Will you fight God, argue with God, bargain with God, run from the conviction of God, or go back into ungodly sinful situation after they had promised God they would never do it again.  Or, will your testimony be that you yielded to God and followed Him the rest of your life?