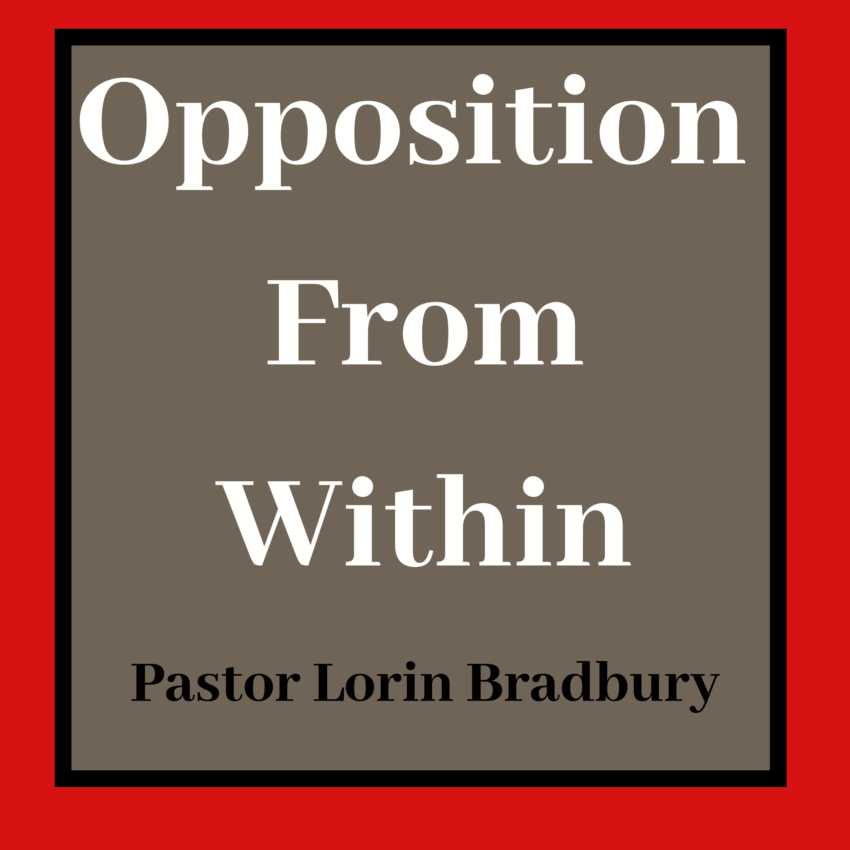 Pastor Lorin Bradbury will be preaching on “Opposition from Within” this Sunday at 11:00AM on Facebook LIVE and airing on KJNR 91.9 FM.

1 About this time there was a great outcry of protest from parents against some of the rich Jews who were profiteering on them. 2 What was happening was that families who ran out of money for food had to sell their children or 3 mortgage their fields, vineyards, and homes to these rich men; 4 and some couldn’t even do that, for they already had borrowed to the limit to pay their taxes.

5 “We are their brothers, and our children are just like theirs,” the people protested. “Yet we must sell our children into slavery to get enough money to live. We have already sold some of our daughters, and we are helpless to redeem them, for our fields, too, are mortgaged to these men.”

6 I was very angry when I heard this; 7 so after thinking about it I spoke out against these rich government officials.

“What is this you are doing?” I demanded. “How dare you demand a mortgage as a condition for helping another Israelite!”

Then I called a public trial to deal with them.

8 At the trial I shouted at them, “The rest of us are doing all we can to help our Jewish brothers who have returned from exile as slaves in distant lands, but you are forcing them right back into slavery again. How often must we redeem them?”

And they had nothing to say in their own defense.

9 Then I pressed further. “What you are doing is very evil,” I exclaimed. “Should you not walk in the fear of our God? Don’t we have enough enemies among the nations around us who are trying to destroy us? 10 The rest of us are lending money and grain to our fellow Jews without any interest. I beg you, gentlemen, stop this business of usury. 11 Restore their fields, vineyards, olive yards, and homes to them this very day and drop your claims against them.”

12 So they agreed to do it and said that they would assist their brothers without requiring them to mortgage their lands and sell them their children. Then I summoned the priests and made these men formally vow to carry out their promises. 13 And I invoked the curse of God upon any of them who refused. “May God destroy your homes and livelihood if you fail to keep this promise,” I declared.

And all the people shouted, “Amen,” and praised the Lord. And the rich men did as they had promised.

1. Satan is the master of manipulation.  Beware of his devices!
2. Learn how to deal with opposition that comes from within.
3. Learn about the importance of servitude.