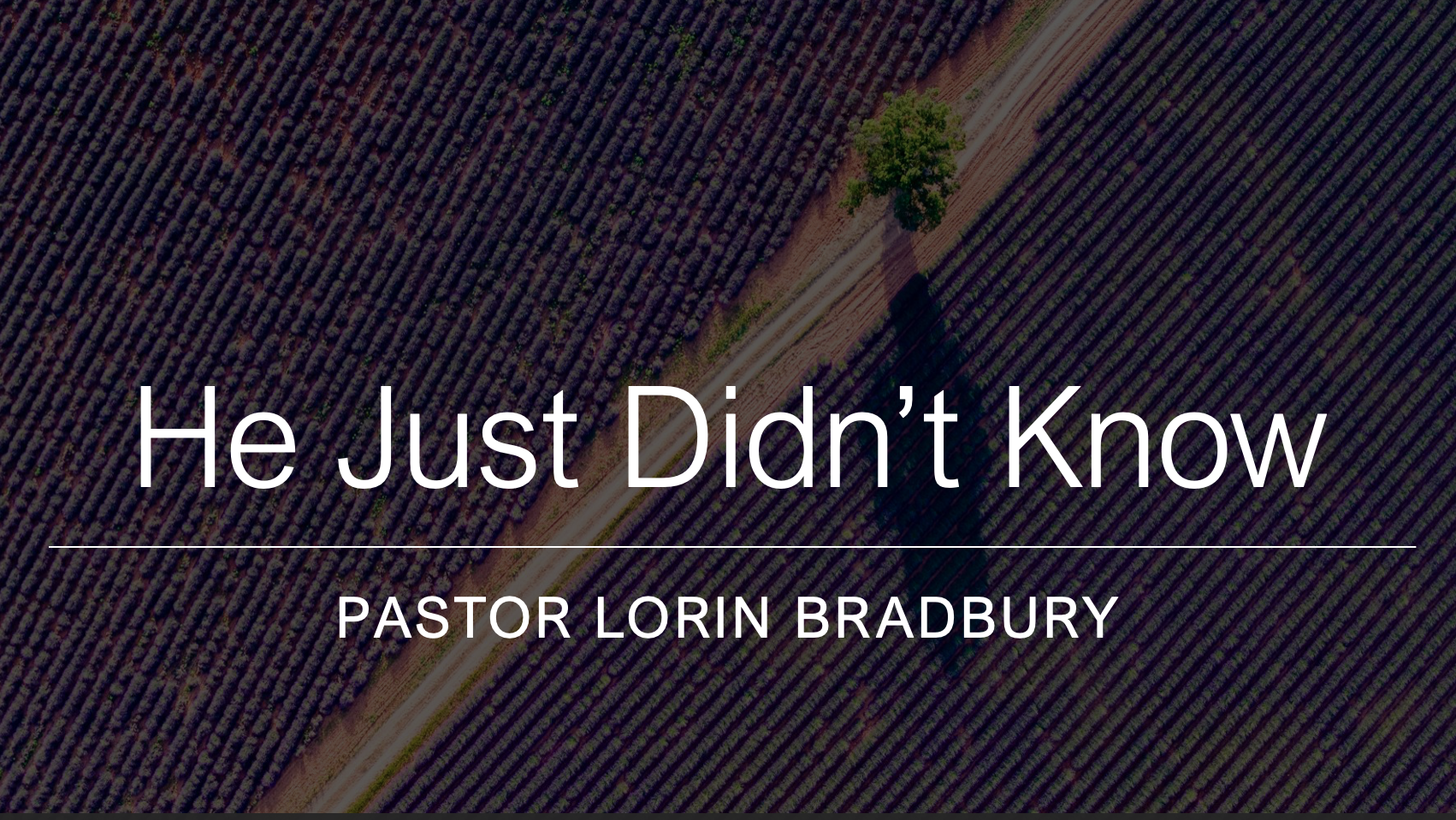 Pastor Lorin Bradbury will be preaching on “HE JUST DIDN’T KNOW” this Wednesday evening at 7PM at the Bethel United Pentecostal Church, Facebook Live and aired on KJNR 91.9 FM.

9 Asa became king of Judah, in Jerusalem, in the twentieth year of the reign of Jeroboam over Israel, 10 and reigned forty-one years. (His grandmother was Maacah, the daughter of Abishalom.) 11 He pleased the Lord like his ancestor King David. 12 He executed the male prostitutes and removed all the idols his father had made. 13 He deposed his grandmother Maacah as queen mother because she had made an idol—which he cut down and burned at Kidron Brook. 14 However, the shrines on the hills were not removed, for Asa did not realize that these were wrong.

A Lifestyle of Separation

1. How do I transmit my spiritual values to my children?

2. What are some of the most important doctrines in the Bible?

3. What should I do when my children question my values or biblical stand?

4. Why are standards important?

5. Is it OK for our children to question why we do certain things?  How should I respond?